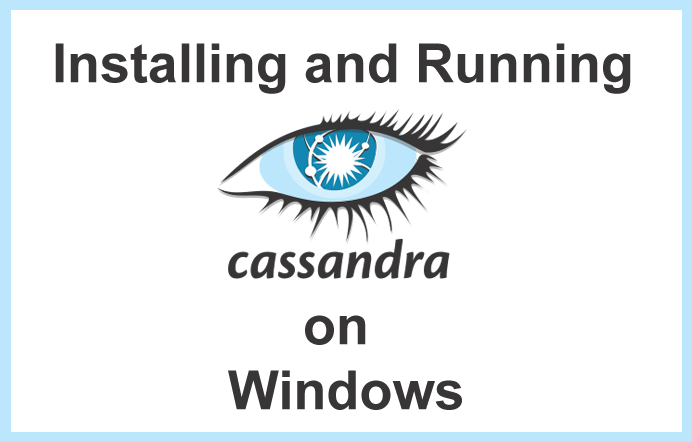 Step1: First download Cassandra from the official website [ http://cassandra.apache.org/download/ ]. The current version is 2.0.6. The downloaded file is in the form of tar.gz extension so extract it. I used winrar software to extract it. After that create a folder name as cassandra in C drive or any other drive then copy and paste the extracted files to that folder. For ex:- C:\cassandra

Step2: Install the java software if you have already install the java then no need to install, simply open the command prompt type the java -version and check the version of java.

Step3: Set the path of java and cassandra in system variables. Simply go to computer properties and select the advanced system settings then click on the environment variables next click on system variables new button then give variable name and variable value.
For ex:- Java_Home= C:\Program Files (x86)\Java\jdk1.7.0;
Cassandra_Home= C:\cassandra;

Step4: Now go to cassandra directory and open the conf folder. Here you find the cassandra.yaml open and edit it as shown below.

Note: The commitlog folder is created automatically when you start cassandra. It is used store the commit logs.

Note: The data folder is created automatically when you start cassandra. It is used store data. Some times the folders does not create automatically so you have to create manually if not it gives errors.

Directly go to bin folder and double click on the cassandra.bat file and looks like as shown below. 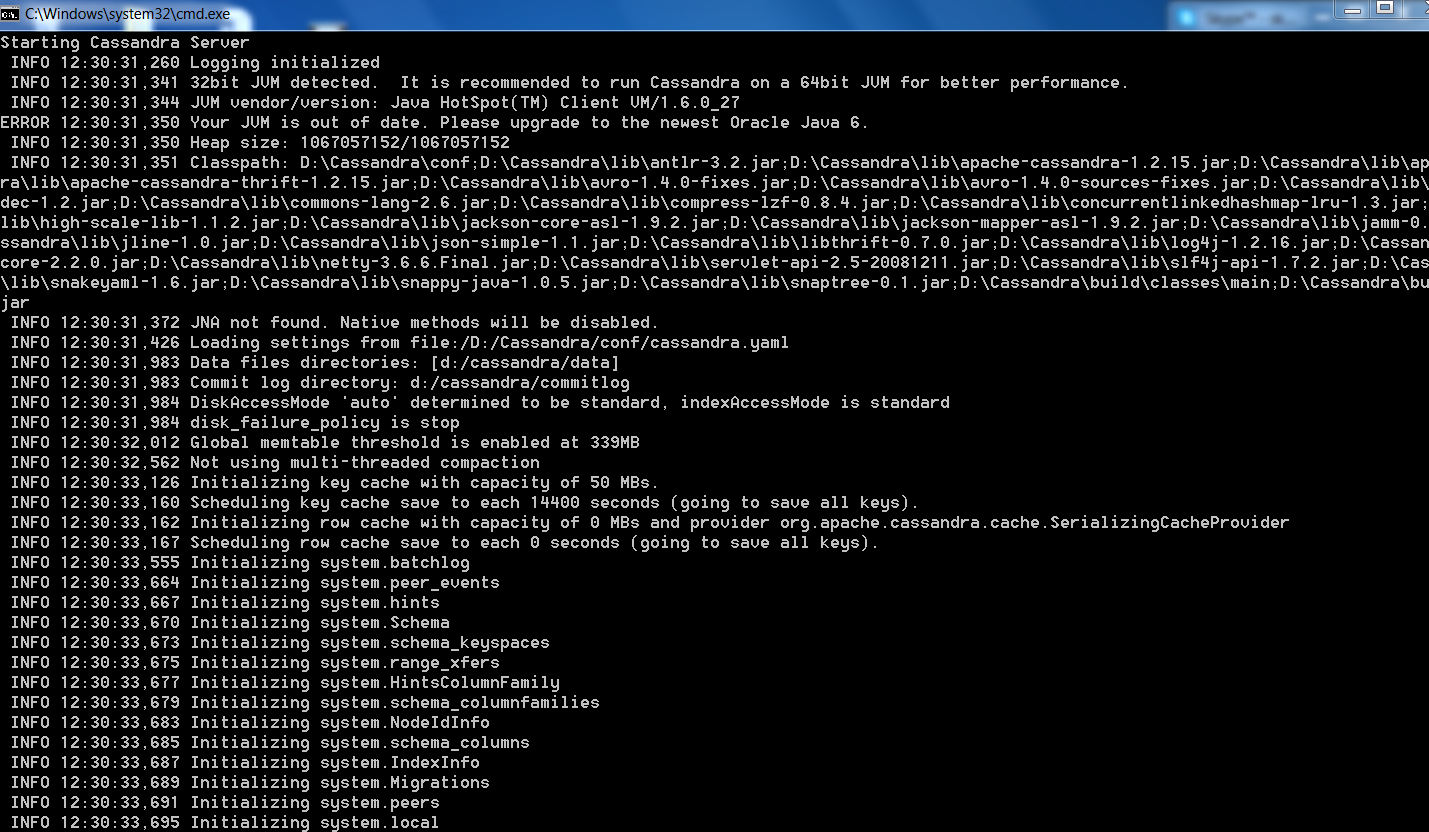 The cqlsh is called as interactive command tool using this we can interact with Cassandra database. But here is a drawback the cqlsh not available along with cassandra software so you should download and configure it  separately.

Note: please download and install 2.7 version of Python because installing thrift library with current version 3.x has some issues.

1) Goto python official website [ http://www.python.org/download/releases/ ] and download the python and set the path in system variables as shown

2) Before installing cql you should download the thrift library for that just copy and paste the below url in your browser [ https://pypi.python.org/pypi/thrift ] download and extract it after that to install the thrift library open the command prompt then type the path of thrift folder and give the command. For example  C:\thrift-0.9.1> python setup.py install

Posted by faruk
Labels: Database Tutorials
Email ThisBlogThis!Share to TwitterShare to FacebookShare to Pinterest
at 5:11 PM